By Shahid Ali khan at 17:27  Mosques And Tamples, Odisha  2 comments


With regards to culture and heritage; every creating or temple in India doesn’t able to impress. The title konark comes from the words kona – corner and arka – sun; it is found on the north eastern corner connected with puri or the chakrakshetra. 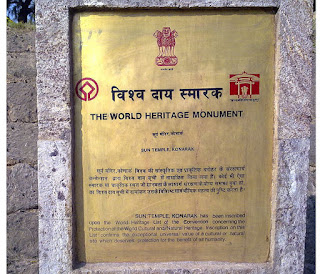 With distinctive model of antique architecture; konark’s sun temple is the only unesco’s world heritage site in the state of Odisha India. 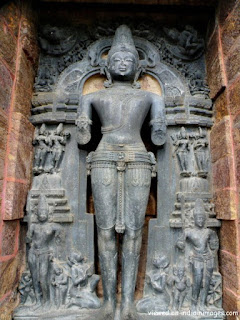 King Narasimhadeva i, the best ruler of the ganga empire had built this temple, with the help of 1200 artisans from 1243-1255 ad (13th century).a regular period of 12 long years. 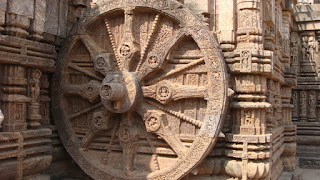 Konark temple was designed in the form of a beautifully decorated chariot mounted on 24 wheels. Each wheel about 10 feet in diameter, and drawn by 7 powerful horses. 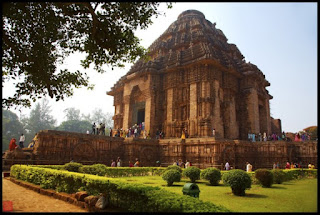 Konark temple was built on the sea bank but now the sea has receded and the temple is on small distance from the beach. It’s called as “black pagoda” because of its dark color and used as a navigational attraction by ancient sailors to Odisha. 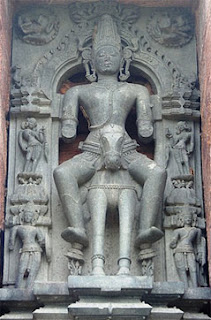 The temple worship lord Surya (the sun god).shaped like a giant chariot, the temple is famous for the beautiful stone carvings that cover the whole structure.

6. The wheels at sun temple Konark serve as exact sun dials and are inspiration for the modern time watches. 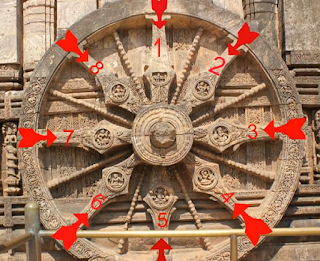 The key attraction of the temple is its 12 pairs of wheels located at the base of the temple. These wheels are not normal wheels but show time as well – the spokes of the wheels make a sundial. One can analyze the exact time of the day by just looking at the shade cast by these spokes.

7. The science behind the construction 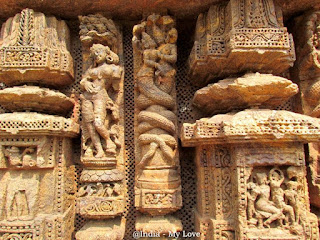 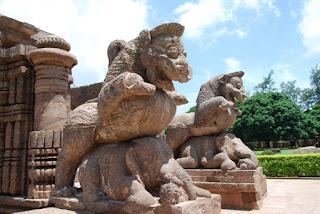 The konark sun temple has two huge lions on both side of the entry. Each lion is shown grave an elephant. Beneath every elephant lies the human body. Lion represents pride and elephant represents money. Problems faced by human beings shown in one shot.

9. Orientation on the shore 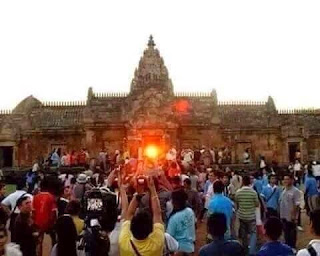 Every day, the sun’s rays would reach the Nata Mandir from the coast and reflects from the diamond placed at the center of the idol. During the colonial time; these magnets had been removed by the Britishers to get the magnetic stone. 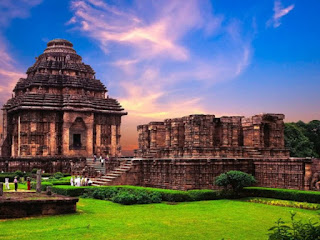 Each single piece of the konark sun temple is covered with statue consisting of deities, dancers, scenes of life at court, etc. Konark temple has its own separate appeal.

10 Interesting facts About the Wonder Sun Temple Konark Unesco World Heritage Site Shahid Ali khan 5 of 5
With regards to culture and heritage; every creating or temple in India doesn’t able to impress. The title konark comes from the word...
Email ThisBlogThis!Share to TwitterShare to Facebook
← Newer Post Older Post → Home