By Shahid Ali khan at 22:32  Rajasthan, tourist destination in India  No comments


Dargah Sharif, is the most popular Religious place in Ajmer Rajasthan. This is the place of Khwaja Moin-Ud-Din Chisti. He was a Sufi saint who devoted his entire life to the service of the poor and oppressed.  This place is honored by people from all religion and is visited by millions of pilgrims every year. The dargah with silver doors was manufactured in many phases and houses the original tomb of the saint in a silver railing and a marble screen. 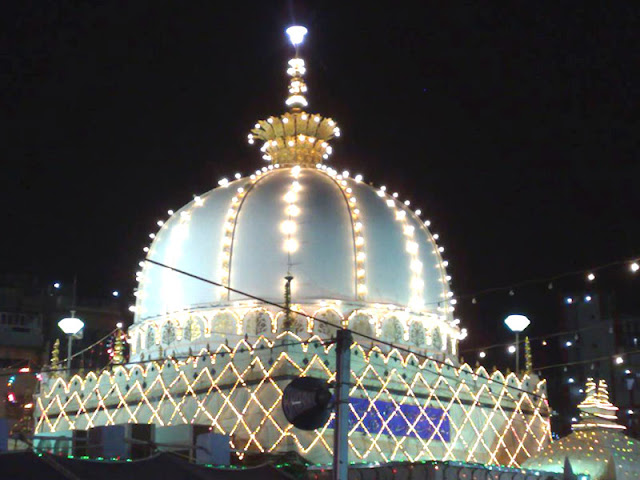 Every year ‘Urs’ is organized here for 6 days in memory of the great Sufi saint. This period of 6 days has special spiritual relevance as largely people believe that when the saint in the age of 114 years, he locked himself in the room for 6 days to pray and left his body in solitude.


According to legends, When Emperor Akbar offered the cauldrons when he was blessed by an heir to his throne by the saint. The tomb, which was constructed by Humayun, is situated on the bottom of a small and infertile hill in Ajmer. It is constructed with white marble and has 11 arches plus a Persian writing.

Other Places to Visit in Ajmer Rajasthan

Khwaja Garib Nawaz Dargah Ajmer Rajasthan Shahid Ali khan 5 of 5
Dargah Sharif, is the most popular Religious place in Ajmer Rajasthan. This is the place of Khwaja Moin-Ud-Din Chisti. He was a Sufi sai...
Email ThisBlogThis!Share to TwitterShare to Facebook
← Newer Post Older Post → Home