By Shahid Ali khan at 23:28  Delhi  No comments
National Museum of New Delhi is one of the biggest museums in India. It was established in 1949 and many interesting artifacts are exhibited in the museum. Functioning under the Ministry of Culture, it is located on Maulana Azad Road near Janpath and houses all types of artworks like those from the ancient times to the present times. 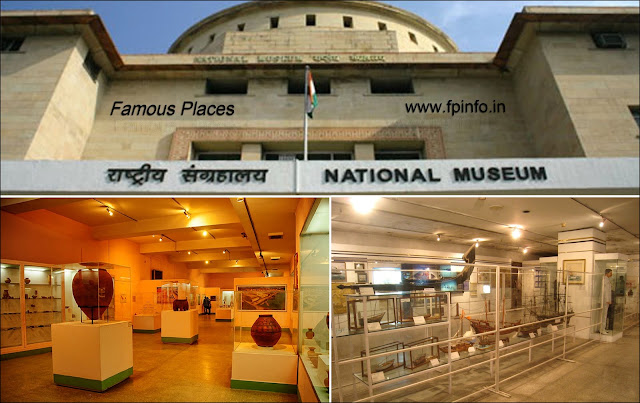 A Slice of History of National Museum

It all started out with an exhibition of Indian artifacts placed at London in the year 1947-1948. Curators of the exhibition, that was conducted at the Royal Academy, London made a decision to set up a show of all exhibits once in India before the unique collections were returned to their respective museums. After a positive response, the same collections were shown at the Delhi's Rashtrapathi Bhavan. The exhibition enticed so many authorities that it was decided to establish National Museum of arts in Delhi. Thus, the National Museum came into being the same year and was opened by the then governor of India Chakravarti Rajagopalachari. However, the current museum building was completed in 1960, and thereafter it was open to the public.


Currently, more than two million Indian and foreign origin artifacts are exhibited in the museum. It includes bronze and terracotta displays that date back to 2700 BC, sculptures made of wood from Mauryan era, artifacts from Gupta period, art pieces from the Vijayanagar of South India, Indus Valley Civilization, Gandharva period, Mughal Era  and more.

Also, present in the national museum is another Buddhist artwork section which includes many antiques of Lord Buddha, unearthed and found in Basti district of Uttar Pradesh.